High school drop out rates for black males have improved since De’Von Brown was a middle school delinquent in Baltimore but there are still far too many promising young men who don’t make it to graduation. De’Von, now 23, grew up in one of Baltimore’s roughest neighborhoods and knows something about long odds. (If you saw Season 4 of The Wire you know what I’m talking about).

De’Von played a small part as a truant in the award-winning HBO series, but his debut in front of the camera was in the documentary The Boys of Baraka, filmed when he was 12. He appeared as one of a handful of at-risk middle school students in the nonfiction feature about an experimental – and now defunct– academic boarding program in rural Kenya for 7th and 8th grade at-risk boys.

The Baraka School was a grand and noble effort but, sadly, many of the youngsters who returned at end of term, to the same crime-ridden streets and broken homes, could not overcome their poverty-driven destiny.

My daughter, one of the movie’s directors, introduced me to De’Von at the film’s premier. The stuttering child in the 2005 documentary gave himself  ‘call and response’ pep talks on his way to classes in the wilderness. Then 13, he hoped to be a preacher someday and gave me a card with his name and phone  and the description “a young man all about business.”

De’Von was a happy success story. Back in Baltimore, he finished public high school, graduated from the Maryland Institute College of Art and last year (unsuccessfully, but nevertheless, impressively) ran for city council. He is now a CEO and partner with a group of young men from the same poor neighborhoods.

They own and manage Taharka Brothers Homemade Ice Cream, one of the proportionately few minority-owned businesses in Baltimore, preparing and distributing gourmet ice cream to grocery stores, restaurants and coffee stands all around the city. 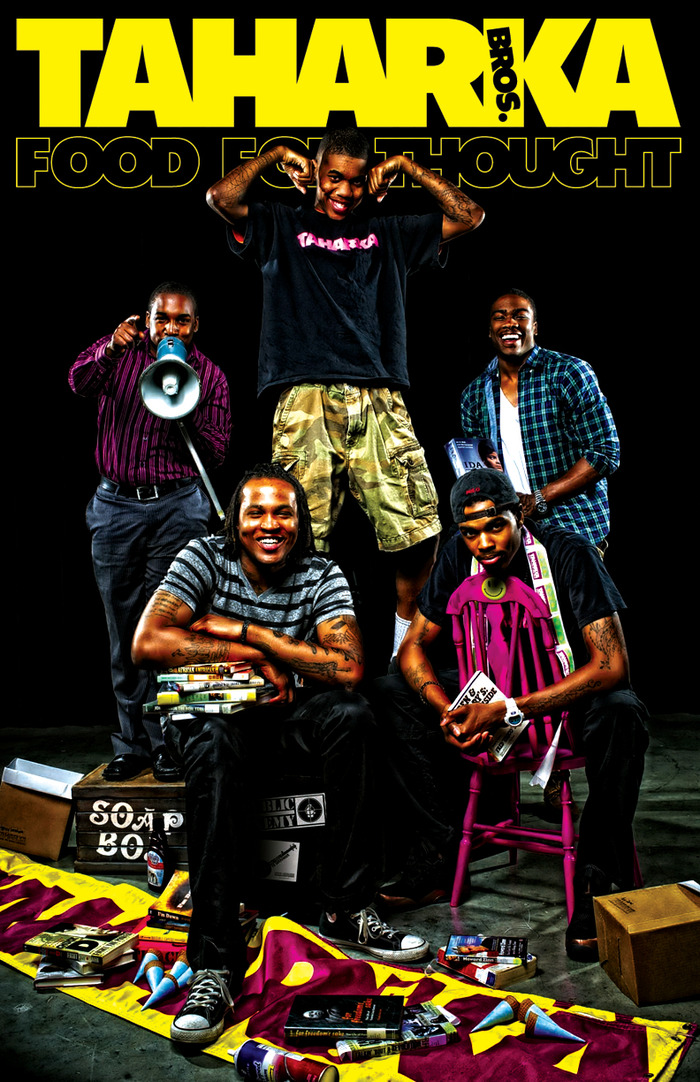 The Brothers are trying to trick out a food truck for a sort of pop-up stand they can take around town to neighborhoods where there are no amenities. They worry their “message of empowerment is felt very little in the streets deep within hoods that need us most.” They are now mounting a Kickstarter campaign to raise $28 thousand to rehab a ratty looking vehicle into “a bad-ass ‘vehicle for change’ … combining social change, community activism, and award-winning ice cream” to connect directly with people in the Baltimore streets. As usual, the odds are against them.

Lots of people are rooting for these good-looking, hard-working and charismatic young men. NBA star Shaquille O’Neal gave them a Shaq shout out on Twitter, and so did Def Jam founder and hip hop poet Russell Simmons, but the confectioners will need more than sweet tweets to sell treats (based on the list of project backers, neither luminary has yet pledged a donation).

The Taharka Brothers have less than two weeks left in their 30-day all-or-nothing fundraising crusade. Despite pledges from 250 family members, friends, fans, and total strangers, they are still short by over $12 thousand. That’s a lot of cold cash and they are running out of time. I’m not counting them out, though. De’Von has overcome long odds before.